Know Some Myths About Easter

Easter marks an important day in the Christian calendar, a day synonymous with the Resurrection of Jesus after he was nailed to the cross on Good Friday. But the modernized version of Easter only tells tales of Easter bunnies, baskets and multicolored eggs. Since millennia, Easter has had cross-pollination of sorts, to say the least with folk culture and pagan traditions. So, what is it about this day that people still confuse themselves with? What are the myths, facts, and truths surrounding the celebration of Easter? In this post, we look to shed some lights about some of the myths that people remain unfamiliar with to date:

1. The Easter Bunny:
The Easter bunny has long been part of the celebrations but how exactly is it related to Easter is the bigger question. Rabbits have been associated with the Goddess of fertility, Eostre which is also said to be one of the inspirations for the name Easter. However, this theory remains inconclusive. The symbol of the circle of three hares joined by their ears is quite common in Devon. German settlers to the US were the ones who first brought the tradition in the 18th century. One of the more obvious connections here tells of the coming of Easter and springtime. Both springtime and bunnies are said to symbolize birth and renewal. Hares are the most probable mentions that have been associated with Mary, mother of Jesus. It was believed in pre-ancient times that hares could reproduce asexually providing a virgin birth of sorts. Regardless, the Easter bunny tradition has lived on as much as leaving cookies for Santa during Christmas. 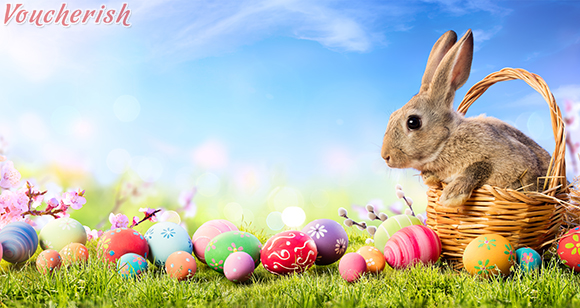 2. Easter is essential but not on the same scale as Christmas:
Easter has been marked and marketed as second best to Christmas. Christmas is a day that marks the birth of the savior, Jesus but his eventual Resurrection on Easter forms the entire basis for the Christian faith. As James Martin puts it, “The Resurrection changes everything: It’s a reminder not just that Jesus rose from the dead, but that love is stronger than hatred, that hope is stronger than despair, and that life is stronger than death. More simply, it reminds us that nothing is impossible with God.” So, all in all, this myth about Easter not being important as Christmas stands incorrect. Now that you hold corrected on the tale how about decking up your home for Easter? Get free deliveries and avail up to €18 on all orders from Iflorist.

3. Jesus never really rose from the dead:
It was on Easter Sunday that Jesus rose from the dead and went on to greet all his disciples. The news of the empty tomb was initially one of a shock for the disciples, but with passing days and weeks, many people claimed that they met Jesus. The original stories that did the round this was that his disciples stole Jesus’ body or that he was never died and was drugged till the moment arrived. Another myth doing the series amongst some Christians remains with that of the literal meaning of “Resurrection.” According to this theory, the Resurrection is nothing than the disciples remembering Jesus and his life and letting those memories be a guiding light to carry on his mission. But, on closer looks of the Gospel, this theory doesn’t stand any ground. One Gospel even goes on to say that the disciples cowered themselves behind closed doors after the death of their leader. Their leader was executed in the most brutal way possible, but afterward, these disciples are more than ready to give their lives for Jesus and his mission. Can such a change come only with the act of remembering Jesus? This is only possible if the disciples came across something dramatic and real, something that moved them beyond their confines of fear and gave them courage. The Resurrection of Jesus seems to be the only plausible reason this way. Looking for Easter gifts for your family and friends, visit Hampergifts.Co.Uk and get up to 25% off on all gift items. 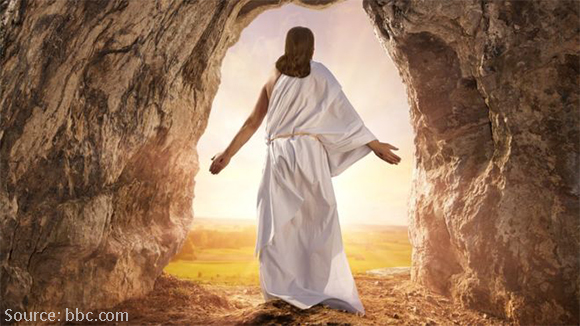 4. The period of Lent is all about sacrifice:
Lent is often termed as the period of sacrifice amongst Christians. Christians abstain from foods, laziness, slandering and several other things as mentioned in the Bible. Jesus Christ by way of his physical sacrifice lead by example for his passion. One original teaching of his also asks one to do charity. This meant saving up money to offer them to the poorer and weaker sections of the society. A person following Lent is not to sacrifice but also do something in the name of Christ and adhere to the Christian way of living.

So, there we have some myths about Easter and their actual truths. There exist many such tales, but these happen to be some important ones that have been debunked for people to understand.