The Sun’s dipping under the horizon quicker than before, so there you go, that’s winter saying hello in the vicinity! The British summer is fading away, but we just can’t get our minds away from the post-summer blues, can we? And if like many of us, you’ve missed out on the chance to get your adrenaline-junky side out while you had the time to; then grab a seat, stretch your legs and listen closely to what we’ve got to say as we list down some of the ‘still-sun-shine’ places to visit during your holidays…

The first thing that comes to your mind? Blue and white domes and stairways in front of a fascinating shoreline. And that’s everything you need when you are in a place as spectacular as Santorini! The place had a dark history due to its devastation caused by a volcanic eruption in the 16th century. But the destruction was a blessing in disguise as the island got its unique formation after the eruption. So waste no time and grab the best Greek holiday deals to choose from at Hotelopia. 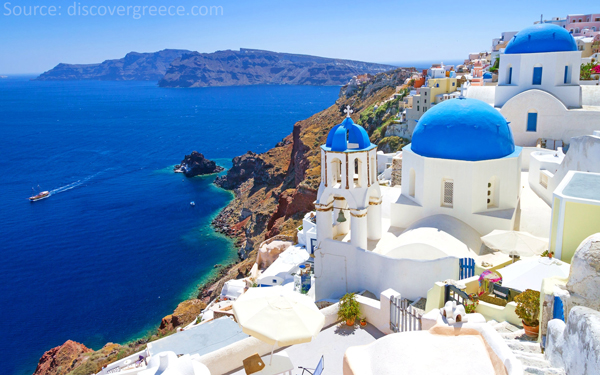 Dan Brown could explain this better the way he pictured it in Angels and Demons. Cathedrals, churches, roads paved with stone and history written on every standing wall of the city. Known for its unbearable summer(at least for the north Europeans), Rome is the best place to visit in autumn considering the relative temperature and footfall. Plus, there’s not a place in the city which can go unnoticed. From the massive Colosseum to the ruins of Pompeii, you can keep Rome-in all day long!

Discussing the hottest travel destinations and missing out on Dubai? Wouldn’t that be unfair? Dubai has grown to become the most talked about city in the world right now. Even though the mercury crosses the 50C mark in this desert paradise, but temperatures remain under the control between the months of October and March. The city attracts hundreds of thousands of tourists each year, making the Dubai airport as the busiest in the world. From the tallest building in the world to the largest mall by area, Dubai has set the Guinness records on fire!

Another mind-blowing destination in the middle east that attracts millions of tourists each year is Jordan. Known for its hospitality and high literacy rate, Amman, and its surrounding regions are a paradise if you are curious to explore vast pre-historic reserves. Parts of this country were under the Roman rule for centuries, thus giving rise to the Roman ruins. Drive a few hundred kilometers to the south of Amman and you are ready to set your eyes on one of the seven wonders of the ancient world, the lost city of Petra.

Autumn is the best time to visit this country as the temperature pendulates between a calm 15 to 25 degrees C with a dazzling Sun during the noon time. Istanbul is well known for its unique architecture with structures like the Blue Mosque and Topkapi palace which have bedazzled every visitor. The nightlife is amazing with eateries and bazaars staying open overnight giving the streets a soothing aroma. Check out some exclusive deals for vacationing inTurkey and enjoy attractive discounts at Holiday Extras.

Did you know that Egypt’s history is so rich that historians and researchers had to coin the term Egyptology to exclude the study of this country from the rest of the world! The mysteries of the Egyptian pyramids are still uncovered and has been regularly linked with stories of paranormal activities documented by its visitors. But you don’t really have to worry about anything as the glorious Sphynx and the Pyramids can be enjoyed in full view even from a distant angle!

Floating in the depths of the Indian Ocean is the tiny island nation of Mauritius. The country is considered a paradise for vacationers, especially the beach lovers. With the clear blue water off the coast and plentiful sunshine overhead, there’s hardly any place that can replace the exotic feel of Mauritius.

Not too far away from home, are we? Known for its love and dedication towards football, Barcelona can be your best choice if you are looking for a quick flight from the UK. The city is famous around the world for its dazzling nightlife and the unique architecture by Antoni Gaudi. Park Guell, La Pedrera, and Sagrada Familia are the most popular among his works. And if you’re planning to bake your body at the shore, then the Beach Deal offers at Booking.com should be worth a try. 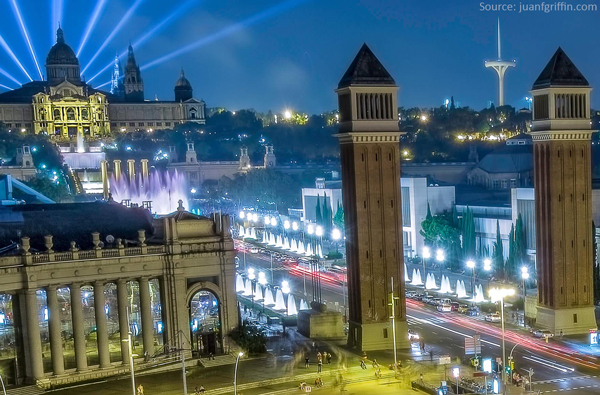 Bordering UAE, Oman lies barely a few hundred kilometers away from its Arabian neighbor. The country is an interesting mixture of desert, greenery and sometimes snow! With green mountains in Hajar and a million valleys in and around Muscat, Oman is competing with some of the big names in the Europe and the Middle East.

Undoubtedly, one of the most economical countries to travel in Europe. Within Croatia, the town of Dubrovnik is known for its cliffs and beaches as they merge together to give the perfect set for a Game of Thrones scene. Even the temperature stays around the mid-20s during the day to give the swimmers a seducing try at its beach!